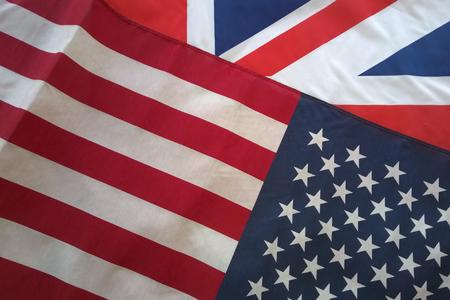 David Lloyd writes: "He graduated from regional press in its hot metal days through a nascent commercial radio industry to a senior international role at RCS, the company whose market-leading software fuels stations around the world.

"In this hour of #radiomoments Conversations, Mike Powell tells of his early days at Devonair and his graduation to programme management at County Sound where he was to be the first to create a Gold format – and introduce computerised music scheduling. After playing a role in the consortium which was to deliver Kiss to the North – he won back a licence to go back and finish what he’d started in Guildford.

"Mike shares the drama of licence awards, brand-name challenges plus company mergers, sales and public listings - and his love of radio jingles.

"In his own words, this is the Mike Powell story."

GREAT REVIEWS - ON BOTH SIDES OF THE ATLANTIC!

COMMENTS OR SUGGESTIONS FOR FUTURE EDITIONS

Thank you for contacting us! If needed, you will hear back within 48-72 hours.
Buy
AMGLISH: The Book 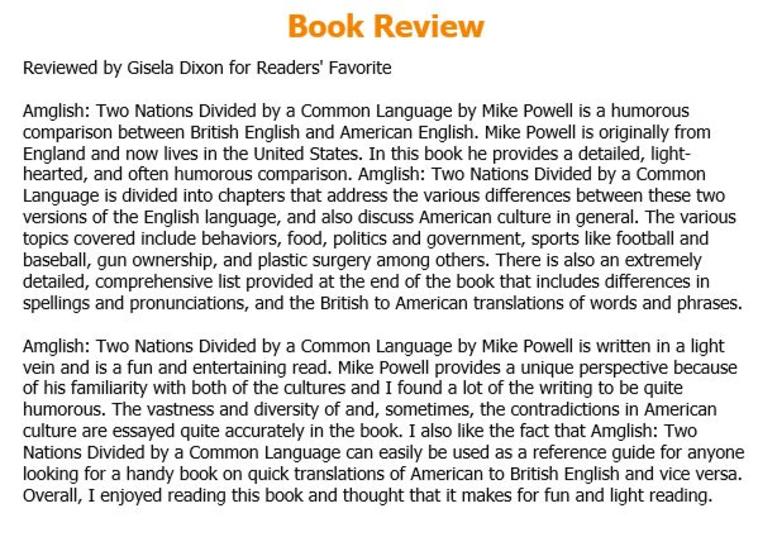 Happy Fourth of July America! We Brits are proud to have contributed the melody to your stirring national anthem, the Star-Spangled Banner smile emoticon Yes, in case you didn't know, that tune that some people say is difficult to sing, actually gets easier with alcohol - because the tune was borrowed from a London men's drinking club. In fact it was already a popular melody in America (albeit with different lyrics) before Francis Scott Key witnessed the bombardment of Fort McHenry. This and many other nuggets can be found in "AMGLISH: Two Nations Divided by a Common Language" by Mike Powell. As well as chapters highlighting some of the cultural differences between the USA and the UK, AMGLISH contains an extensive dictionary showcasing the different words and pronunciations used by the two countries. An ideal book to take with you before you make that transatlantic trip for business or pleasure.

From Facebook: A funny - and pretty accurate - linguistic battle in a mixed marriage (marriage between and American and a Brit).

See full review at bottom of this page.

The eBook version is now available at major eBook online stores (such as Amazon and Barnes & Noble) priced $9.99 or less. The paperback edition is available from July 9, 2015  priced at $19.99 or less.

UK customers can get the paperback at Amazon.co.uk

MUST WATCH! 67 English Accents from All Over The World
AMGLISH explores the differences between American and British English. There is also a section showing how English absorbed loan words from other languages. We briefly mention accent changes within the two countries, but this brilliant video takes the subject of accents to a whole new level! Here are 67 English Accents (from all over the world) delivered by one very clever guy.

One of the most noticeable things when you travel through America, compared to traveling through Great Britain, is the incredible display of national pride you see all around you. A very large percentage of Americans are happy to fly the Stars & Stripes at their home at any time of year. This sort of private display is virtually unknown in the UK where flying the Union Flag (commonly, but erroneously, known as the Union Jack) would be seen as a jingoistic and generally inappropriate unless there was a specific occasion or national celebration going on. The idea of just flying the flag because you love your country would mark you out as a complete lunatic in most parts of Great Britain.
Of course, flags are sometimes flown on public buildings in the UK, but not all  public buildings and even then, on far fewer occasions than in the United States.
If a flag is flown by a UK private citizen or business, it is far more likely to happen in Scotland or Wales. But that flag will almost certainly not be the Union Flag. In Scotland you would see the St Andrew’s Cross (white diagonal cross on blue background) and in Wales, you are more likely to see the Welsh dragon, rather than a Union Flag. The equivalent would be like going to Dallas and only ever seeing Texas state flag and never encountering the Stars and Stripes.
It is only relatively recently that the English have reacted to Scottish and Welsh patriotism and taken back ownership of their own flag – the St George’s Cross (red cross on white background). The biggest promotion of the English flag has come through football where the English flag is often displayed on houses and cars during a major tournament, such as the World Cup. But even this is a relatively recent phenomenon. In 1966, when England last won the World Cup, its official lion mascot wore a Union Flag vest, despite the fact that there are separate Scottish and Welsh football teams which are always represented by their own flags.
For an American, the state where you reside is very important in giving a sense of identity, whereas to a Brit, the nearest equivalent to a state (usually a county) has become less relevant over the years. Whereas in an American postal address, the state would almost always be given (often in the abbreviated two letter format) in the UK there is no postal delivery reason anymore for including the county name in an address. The postcode (zip code) system is a house-specific way of discerning where a letter or package needs to go.
Of course, in the United States, the state is far closer in terms of power and authority to a country, whereas a British county has far less autonomy. The US model is closer to what European federalists would like to achieve with a “United States of Europe” where countries within Europe would become more like American states, with a centralized defense force and federal as well as state government; a model which most Brits vehemently dislike.

So the closest comparison of “state pride” in the UK is more likely to be the usually good-natured pride and rivalry between the English, Scots, Welsh and Irish (sovereign Eire and British Ulster). All, apart from Eire, being equivalent to states within the United Kingdom: a sort of “United States of Britain”. And I say “arguably” because there is historical debate about the whether or not Wales has ever been a country in the accepted sense. For while England and Scotland can trace their separate political identities back to the 9th century, Wales has been under the control of the English since 1284 and actually became a part of England in 1535.

Apart from state pride, another more pragmatic reason why an American is more likely to identify his city alongside his state, is the sheer duplication of city names across the vast land mass. Take Jacksonville, for example: As well as Jacksonville, Florida, there are at least a dozen other Jacksonvilles within the USA. You can travel to Alabama, Arkansas, Georgia, Illinois, Maryland, Missouri, North Carolina, Oregon, Pennsylvania, Texas, Vermont and West Virginia and you will always be able to find a welcome in Jacksonville. And, of course, then there is the huge duplication of city/town/village names between the UK and the USA. The most obvious is New York, which derives from York, England, but even New York’s nickname, Gotham, is pre-dated by Gotham, Nottinghamshire, England.
The UK’s second largest city (after London) is Birmingham and, of course, Americans will be familiar with Birmingham, Alabama. But you can also find a Birmingham in eight additional states.
If that duplication is impressive, then consider the UK’s third largest city, Manchester, England. You will also find at least 30 Manchesters across the United States of America – including two in the State of Wisconsin alone.
Come to think of it, doesn’t this sound like it should be an episode in The Twilight Zone? You can drive thousands of miles but continually be finding signs welcoming you to Manchester!

"CHUPUNGU: African Safari" by Jean & Mike Powell, gets up front and very personal with some of South Africa's most amazing wildlife, including elephants, rhino, buffalo, lions and an incredible side-by-side encounter with a leopard.

Both books are available in glossy full color softback (from Amazon) or hardback (from Blurb). Links to full descriptions of each book, together with ordering and pricing options can be found by using the green buttons on the right.